Nick Rowe has proved his dominance in the wet to take out the second round of the 2017 CAMS Jayco Australian Formula 4 Championship.

Rowe came from behind in torrential conditions to take first place in the final two races of the weekend. 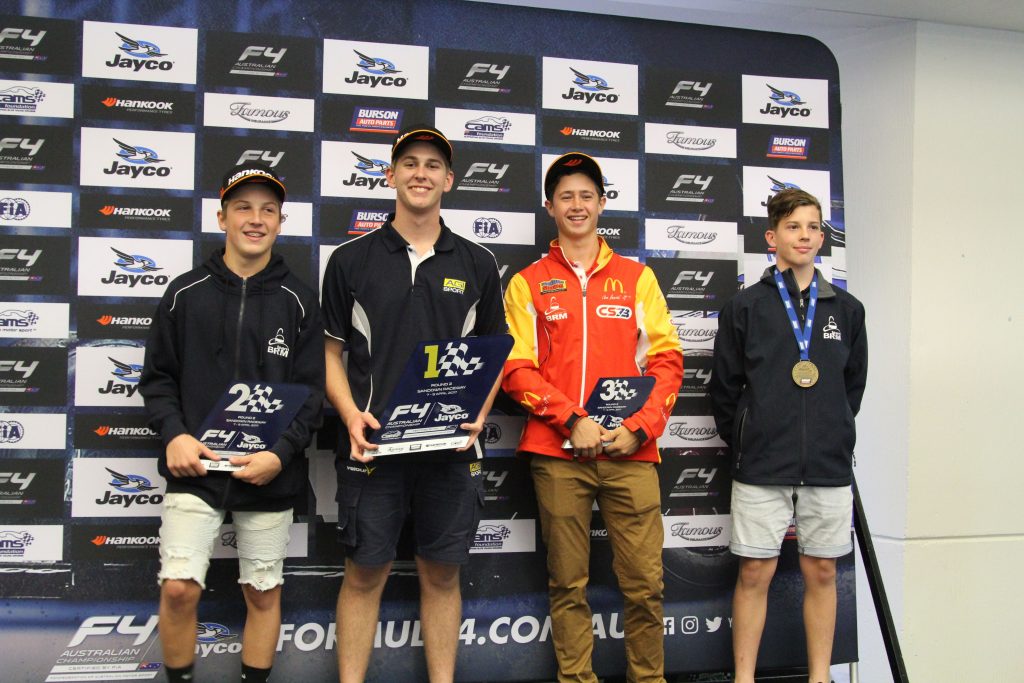 Sandown Raceway and the Shannons Nationals threw everything at the double-header opening round of the championship.

AGI Sport ran four of the 13 cars for the opening rounds, which included the first international driver in Kiwi Liam Lawson.

The weekend started under bright sunshine and warm northerly winds before turning to cold and windy conditions with a wet track on the Sunday. 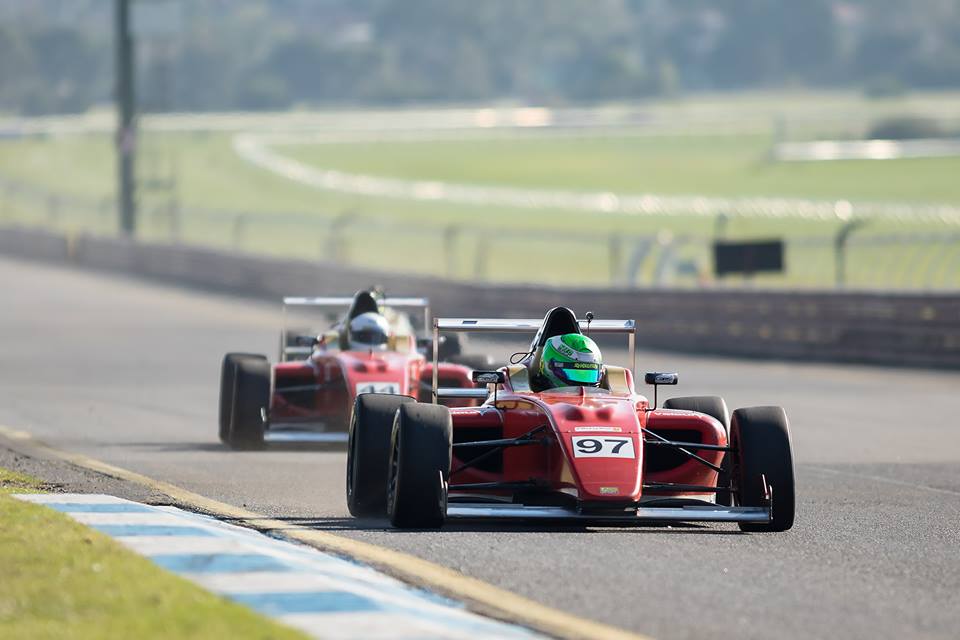 Western Australian Nick Rowe got straight back into the rhythm with a pole position in Q1 and a win straight out the gates in race one which featured a safety car early in the piece after BRM drivers Shields and Fallon made contact. 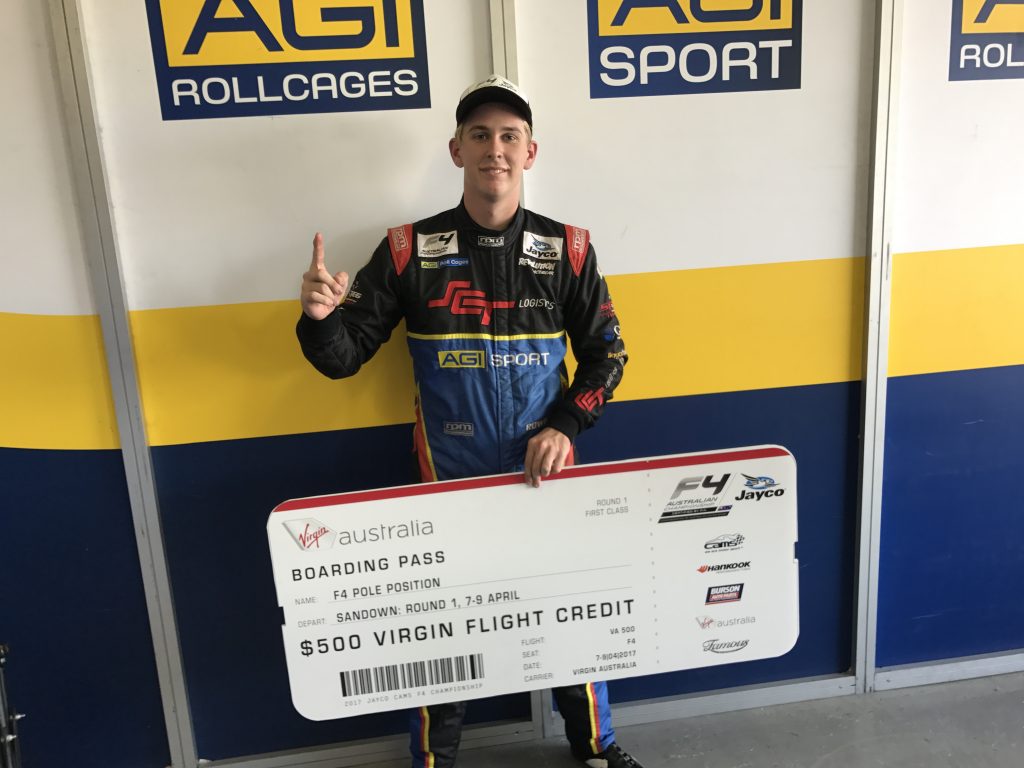 ‘Then at the end there, dropped back to second and Liam in first and two laps to go, got the tow and then just committed and went around the outside and got it at Dandenong Rd and then yeah, just paid off and won the race,” Nick said with a huge grin on his face.

“It’s good to be back, done the laps so hopefully can just win the championship and it’s a good way to start,’ Rowe said. 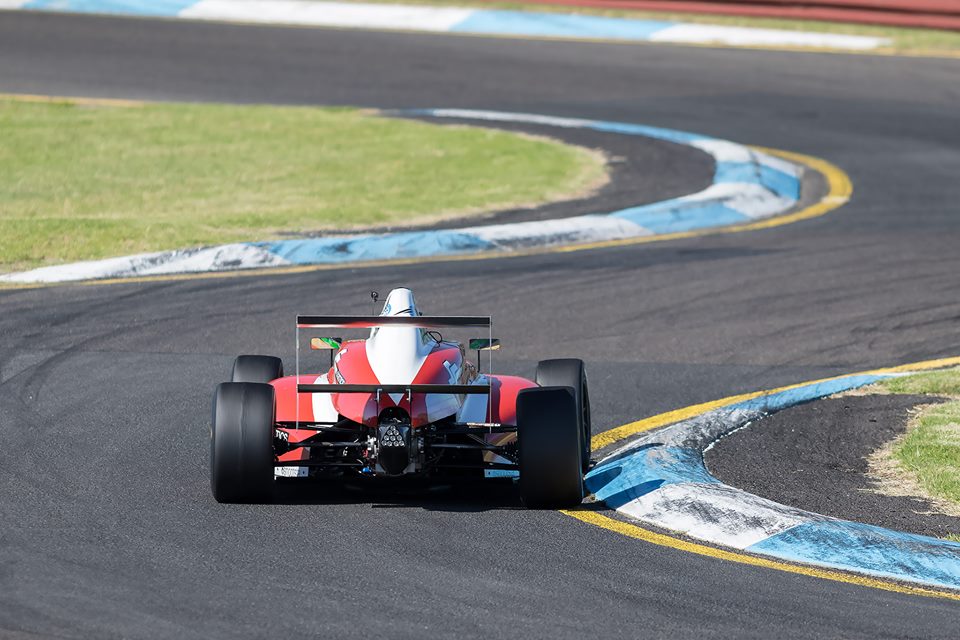 Nick also did well in races 2 and 3 surging for sixth at the start to finish third and snatch a third for the first round behind NZ driver Liam Lawson and Josh Denton.

Sunday dawned wet and windy before the skies cleared for a spell leaving engineers scrambling over whether to run a wet or a dry set-up. 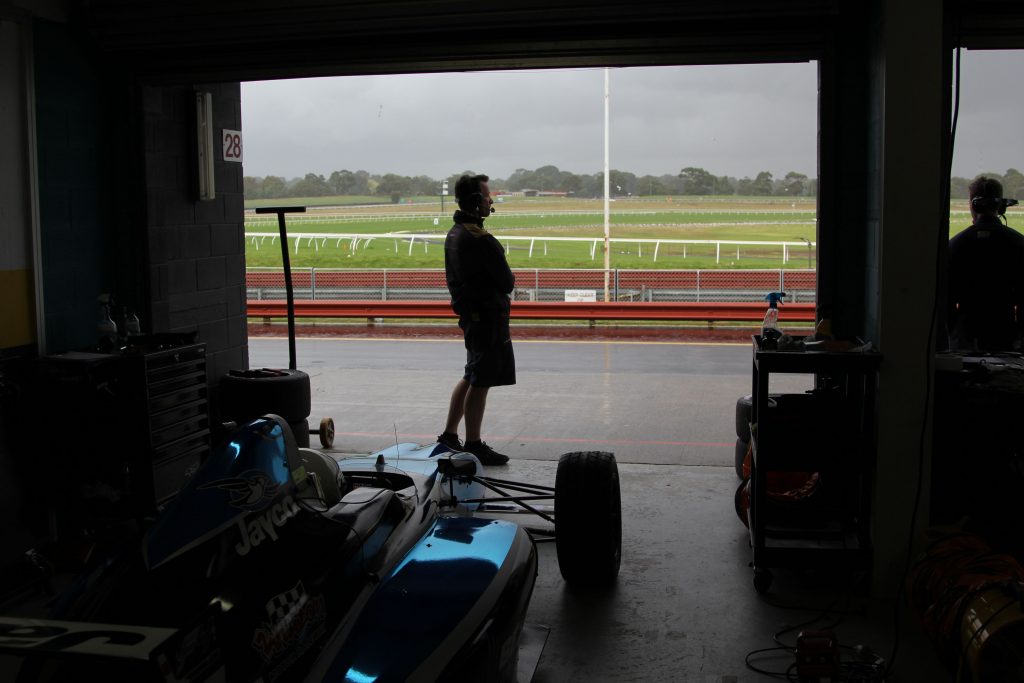 The start of Round 2 Race 1 again left two drivers out of the race and three AGI Sport drivers took advantage of the bingle to take multiple places up the pack.

“Went from like 10th to sixth for the first corner avoided the accident at turn 1 and I was 4th by turn 2,” Haber said.

“I was right on Nick Rowe and followed him for a bit but we had an early safety car and that equalized the whole field for a little bit.

“Got into a bit of a rhythm and plugged off the laps and got some good lap times and came home in fourth.” 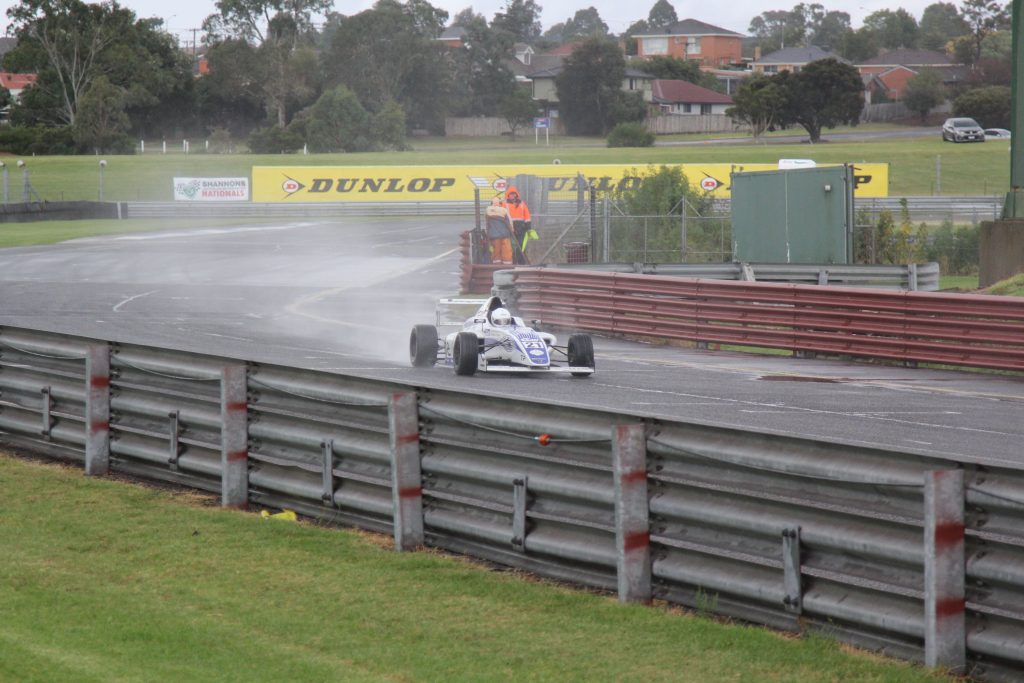 “Car’s got heaps of grip in the wet, it’s really good to drive, the Aussie cars, you couldn’t get the power down as early as these, it’s almost like you’re driving on dry,” Zak said.

“I made up a few positions at the start, got a really good start, then the safety car came out, avoided a crash, just worked our way through and got up to 5th, then just held off Josh Denton and had a pretty good battle at the end.” Best finished. 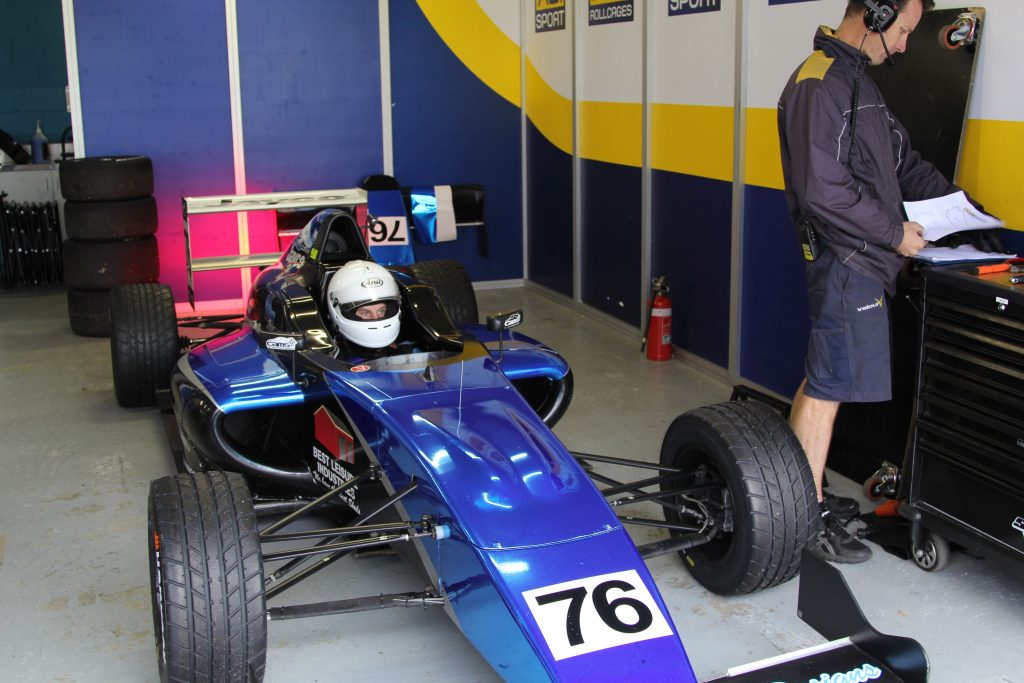 All four of the AGI Sport drivers finished in the points for the first race of the second round, the top five reverse grid also meant that Zak, Harley and Nick started first, second and third for the reverse grid second race. 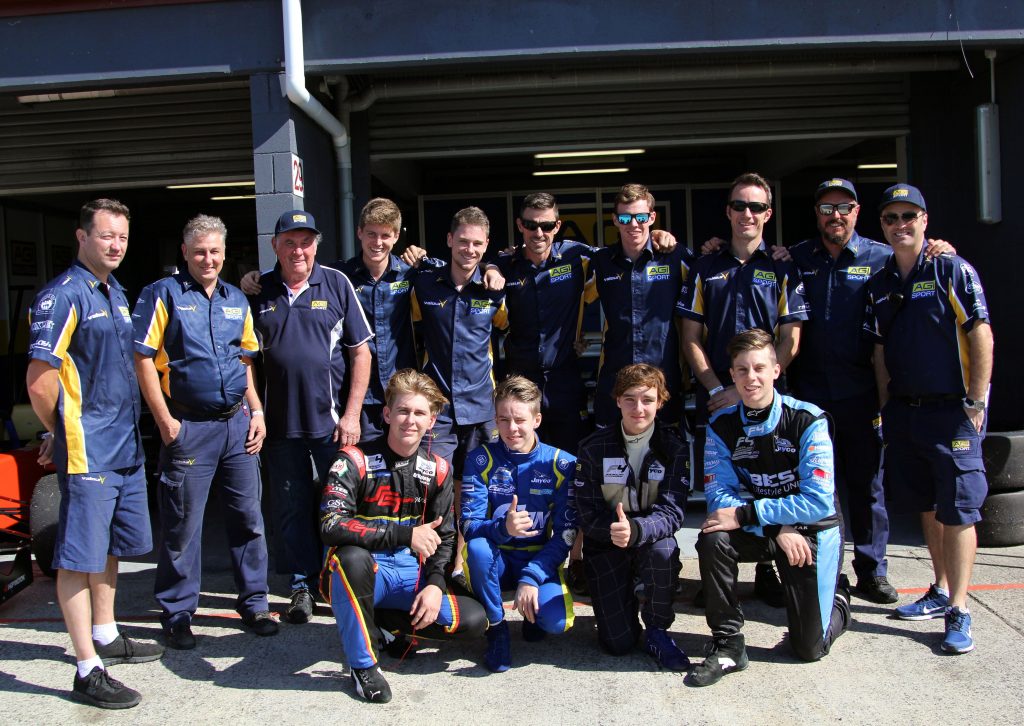 The rain pelted down so the race was delayed slightly and then started under safety car conditions.

Zak Best was starting off pole with Harley Haber in second and Nick Rowe rounding out third.

The wet conditions are some of Nick’s favourite driving and the Western Australian soon showed his dominance on the wet track.

“The car was way better than race 1 – got a good start, got straight into second and then just had to get around Zak and put my head down,” Nick said.

“We got out to around a nine second lead before the safety car came out and then I think I felt a bit of pressure there on the restart – fucked it up a bit but I had the car speed and pulled away again.” 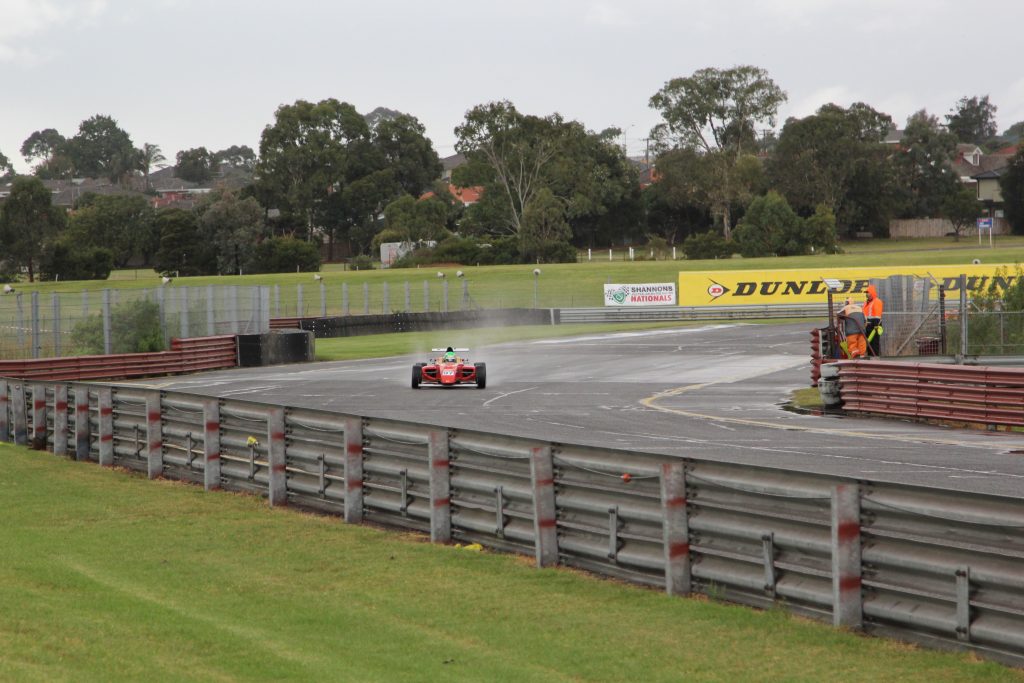 Nick won the race convincingly with Zak Best holding onto fourth spot to pick up more points for the round.

The young Victorian hasn’t had much racing in the wet having experienced just one round in the rain in Aussie Racing cars last year.

“That race was interesting cos I started the race pole behind the safety car. Then we went back to fifth . Couple of laps maybe 3 or 4 laps later two cars come up the inside and bent all my front wing, “ Zak said.

“Then we worked our way back through and the last couple of laps got a bit hairy with the wing and there’s not much left of it,” Zak explained.

Best still managed to finish in fourth place adding more points to his tally for round 2. 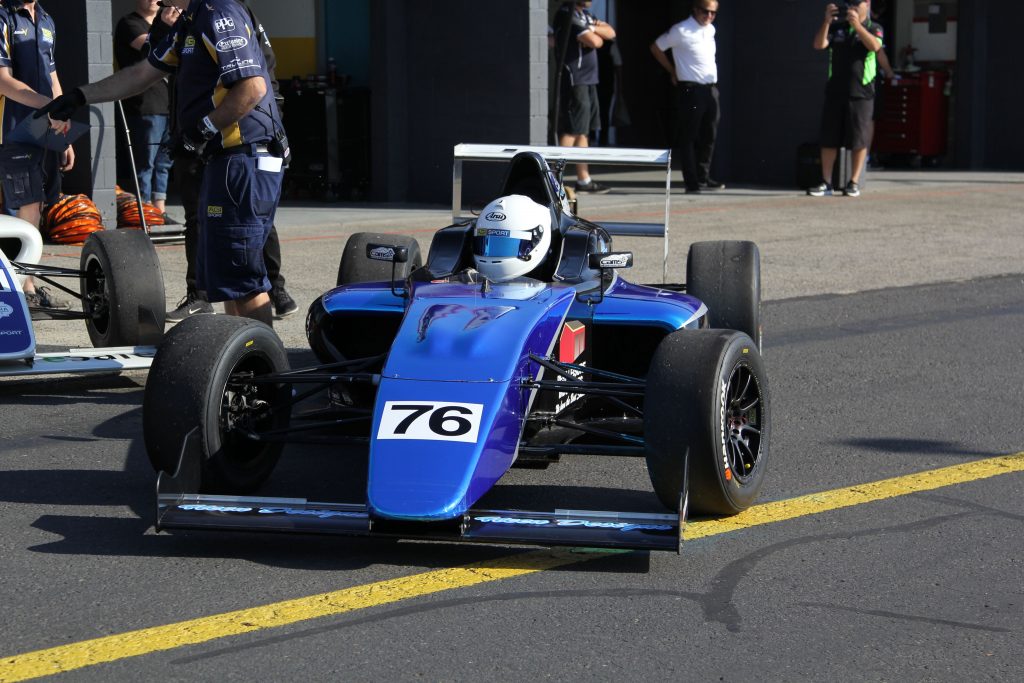 Harley Haber also proved he is handy in the wet managing to pick off a few drivers and come up the order after a couple of spins relegated him to the back of the pack.

Rowe started fifth in the final race under grey skies and water on the track.

After a masterful start he was running in second place by the end of the first lap.

Nick then overtook Liam Lawson mid race to claim the lead and then pulled away from the pack to finish well in front.

“Great weekend the AGI boys did a mega job as always, the car was amazing in both wet and dry,” Nick said.

“Working with Timmi is great. We went out there nine times and we had the perfect set-up eight. He nailed it.”

“His help was just amazing – we were able to win races – already won three times as many races as I did last year so hoping to carry the momentum on to Barbagallo,” Nick said. 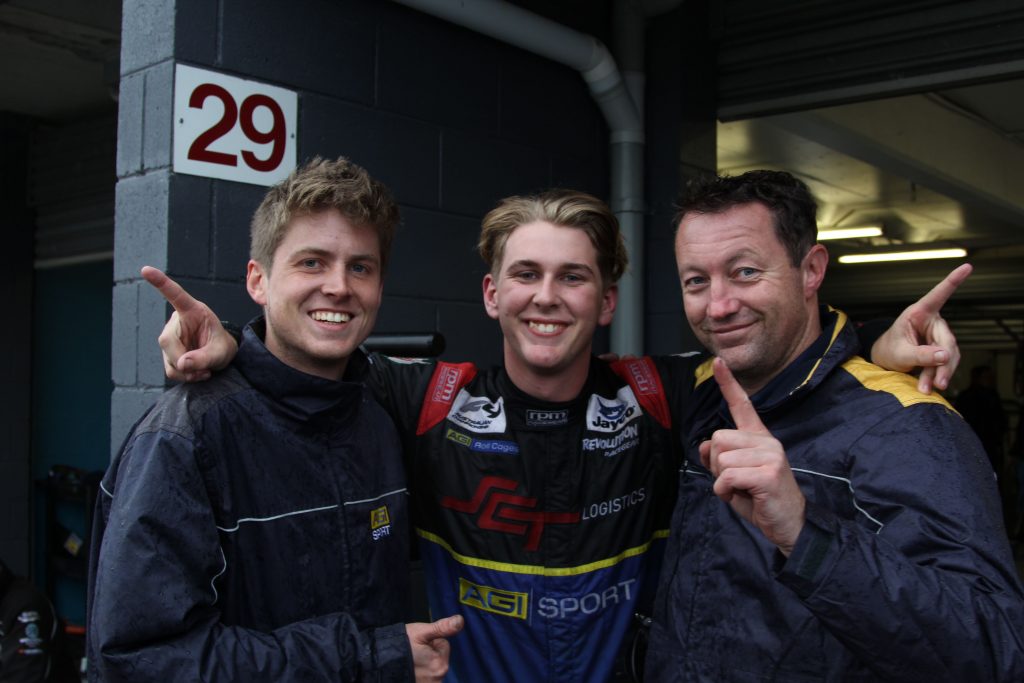 Zak Best had his final race cut short after finding a wall but still ends the weekend with valuable points going into the next round.

Formula 4 drivers next meet again at Barbagallo Raceway in Western Australia early next month, the first time the series has visited the west coast.