Posted by AGI Sport on Apr 8, 2018 in Featured, Press Release

AGI Sport has won its first race for the 2018 Australian Formula 4 season after Ryan Suhle stormed home with a five second lead in race two.

Race two is traditionally a reverse grid start with the top five of the R1 finish order flipped this weekend. Jayden Ojeda was starting P2 with team mate Ryan Suhle coming out of P4.

Both boys nailed their starts and fought out the first three laps in a close 1,2 battle until electrical issues brought Ojeda’s race to a premature end.

“There was an electrical issue of some sort. It just lost power when I shifted up to fifth gear on the third lap before the hair pin so a bit disappointing,” Ojeda said. 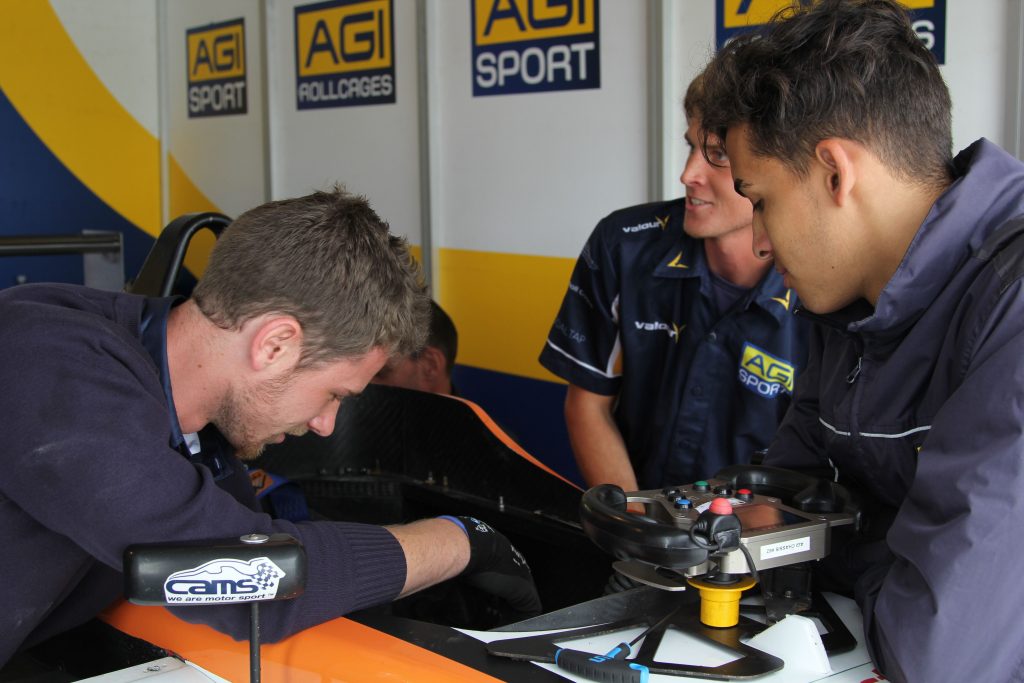 “I think the positive from the race was I got better start that I did in race one so we will take that into race three and see what we can do from there.”

This left Ryan Suhle out the front of the pack with top rival Cameron Shields boxed up behind a BRM teammate. By the time Shields got round for second place Suhle had built up a comfortable five second lead and was never going to be reeled in.

Suhle was delighted to be on the pace so early.

“It was an awesome feeling to win my first race, not just for AGI Sport but also for the year as well,’ Suhle said. 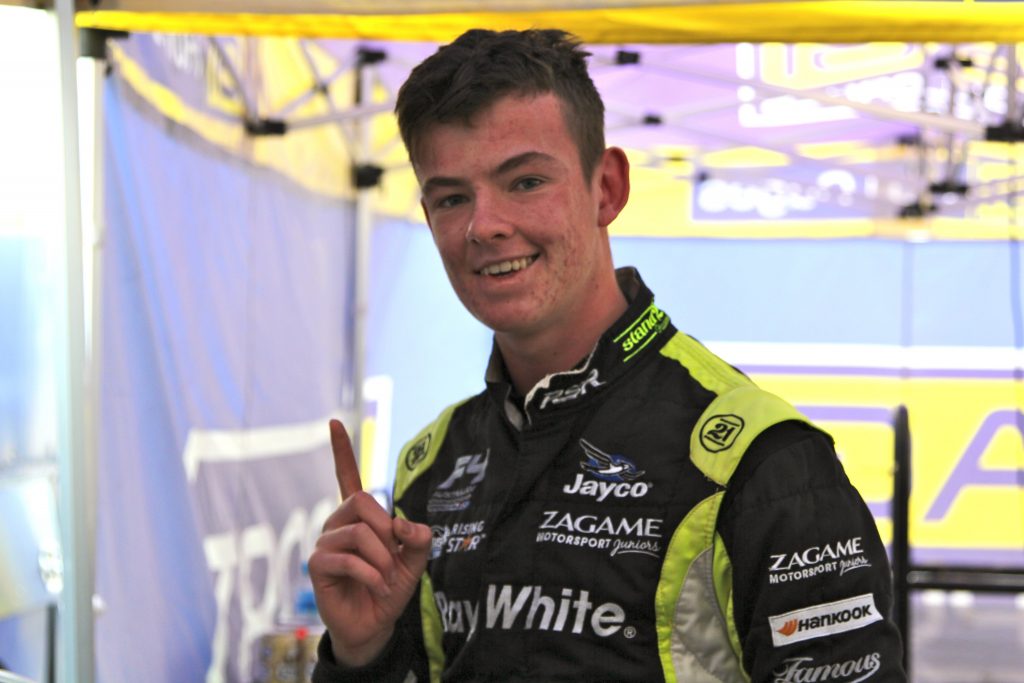 “We had one race win last year but it was in the middle of the season so I think it’s good to get it early and it shows we are better off this year.”

“We’ve got more pace and I’ve got more race craft, to win the second race gives me real confidence to go into the end of the year,” Suhle said.

Suhle qualified just 0.002 seconds behind pole-sitter Cameron Shields for the final race of the weekend but thinks he can turn that to his advantage. 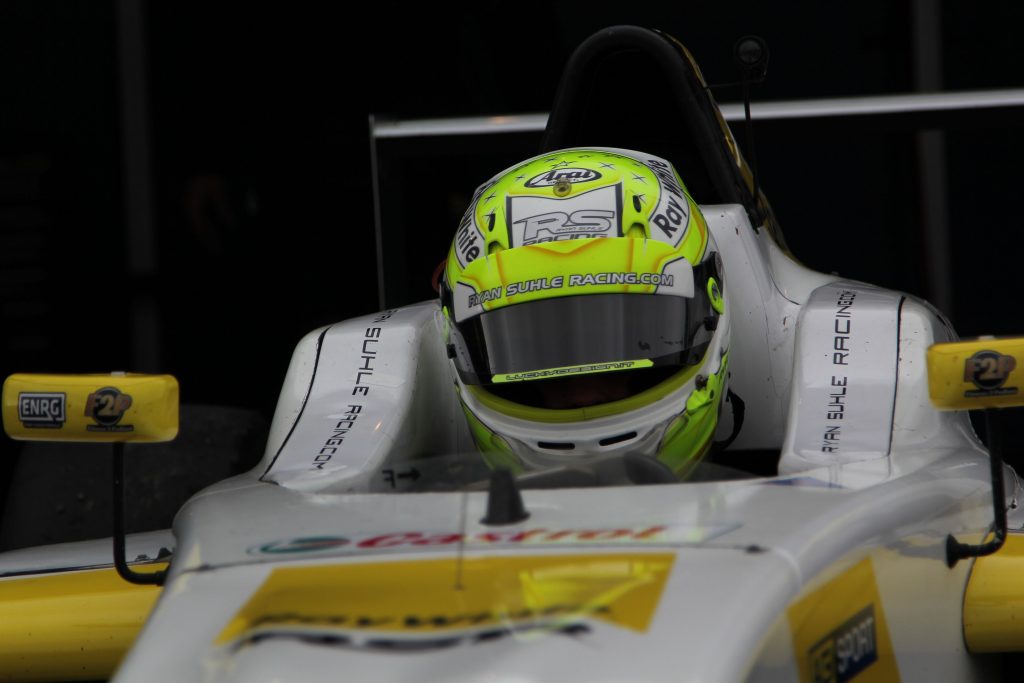 “I really do think the inside line through (turn) one is where you want to be. In both races P2 has gotten in front of the pole-sitter and for me I’d rather start P2 and I think I’m in the ideal seat going in to the first lap,” Suhle said.

Ojeda is also hoping to put the electrical issues behind him and get his head down for race three.

“It’s my first year of Formula Four so it’s going to be quite difficult because I haven’t had the experience of say Cameron Shields and Ryan Suhle but I feel like I’m doing alright at the moment so keep plugging at it,” Ojeda said. 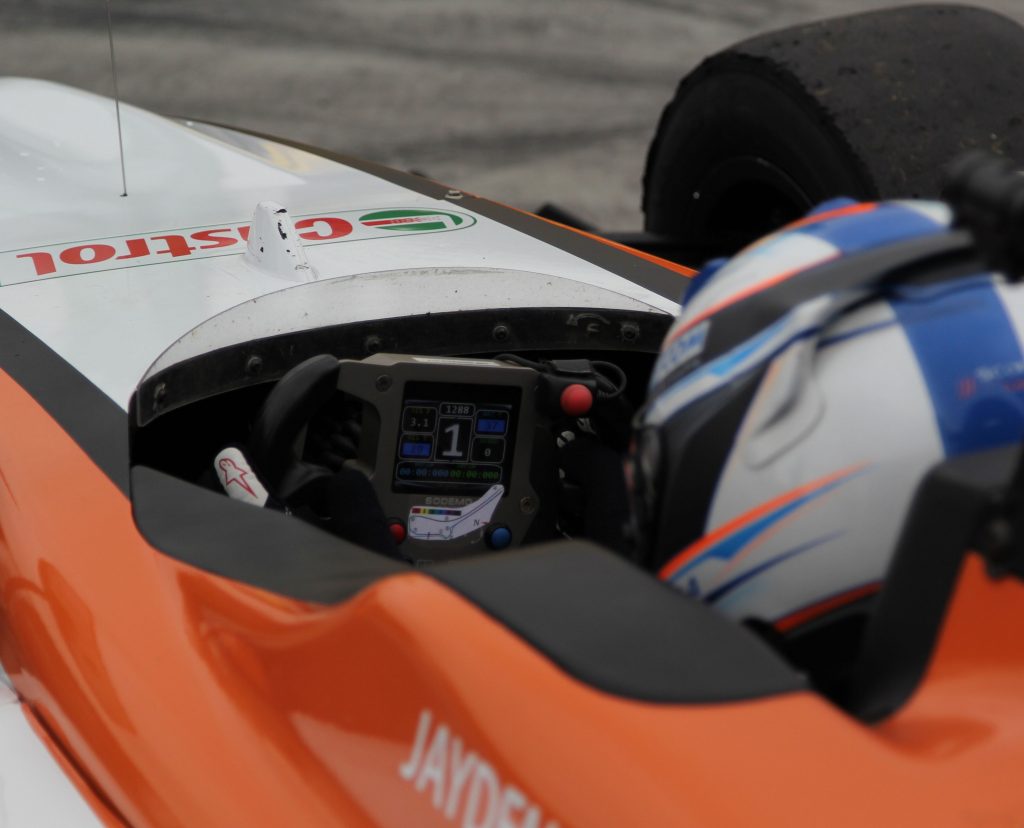 “We are in this for a championship so I always have the championship in the back of my mind, obviously still very early days so not over-thinking it at the moment.”

Race three to come at 15.55 AEST live on Fox Sports Channel 506 ahead of Round 2 at Phillip Island in June.