Posted by AGI Sport on May 8, 2015 in Featured, Press Release

AGI Sport, BRM and Dream Motorsport gathered under the watchful eye of CAMS officials and Formula 4 Development Manager Cam McConville for a full day of testing at the Victorian track.

Driver Tom Grech was happy to finally get behind the wheel of his own Mygale Formula 4 car.

“It’s been very exciting to finally be able to show the car off for the first time here at Winton. It’s been such a long road to the first test, so those first few laps on track were hugely satisfying for all of us.’ 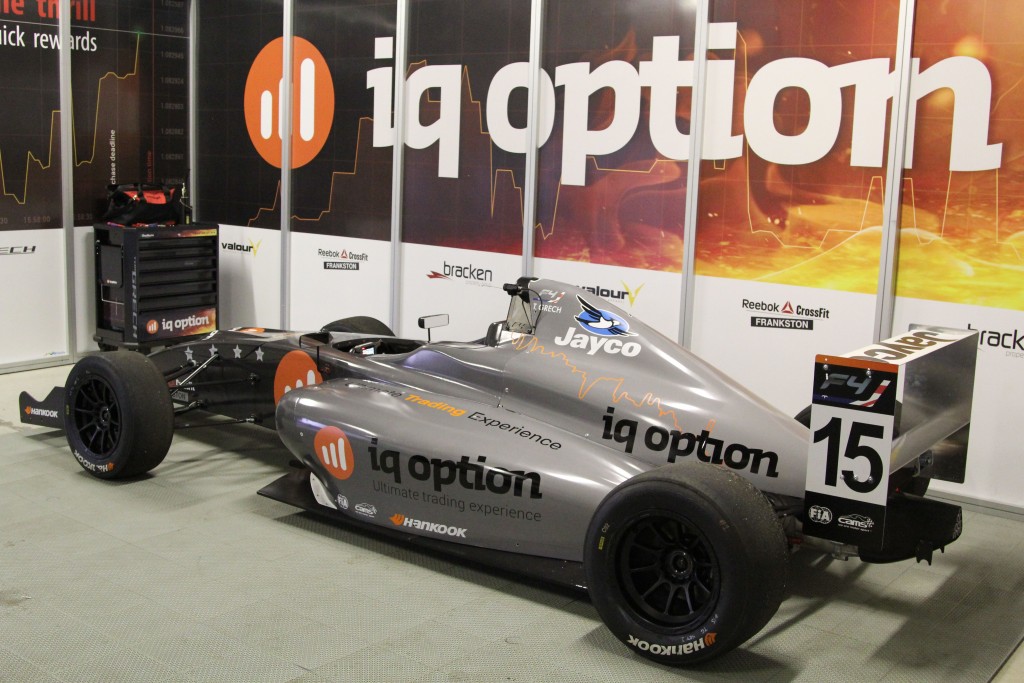 ‘Its fantastic to be a part of the new CAMS Jayco Formula 4 Championship with AGI Sport and after completing a full day of successful testing I know for sure we have made the right decision.’

‘We are really excited to take the industry leading success that IQ Option have out and onto the track!’

‘Their in-house design team has also done an outstanding job on the graphics and branding and additionally we have some pretty exciting stuff lined up off track later in the year.’

‘The cars perform as well as they look, we are appearing at some pretty high profile rounds and spotlight will be on so you can’t ask for anything more than that!” 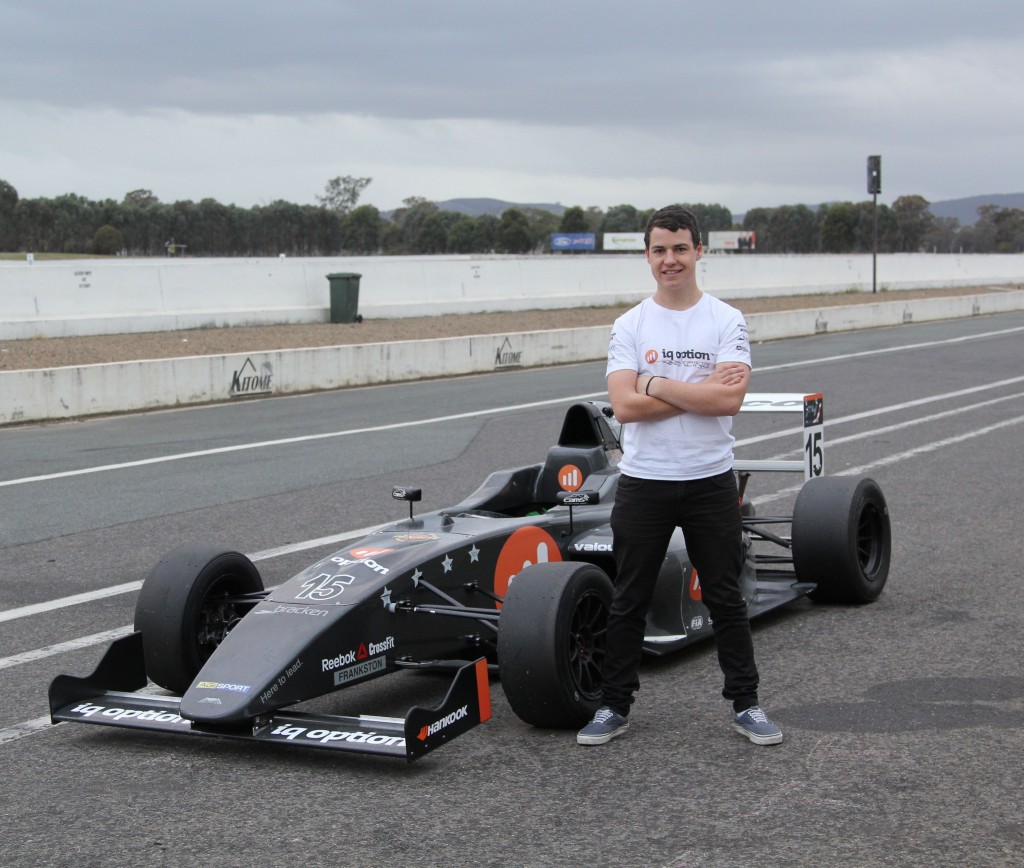 Both Tom Grech and AGI Sport teammate Jimmy Vernon had worked hard to get their cars wrapped and pit garage displays completed in the few days between the cars arriving and the Winton Test.

The cars arrived from the Mygale factory in France just a couple of weeks before the first official test and the teams were working against the clock to have them unboxed and track ready. 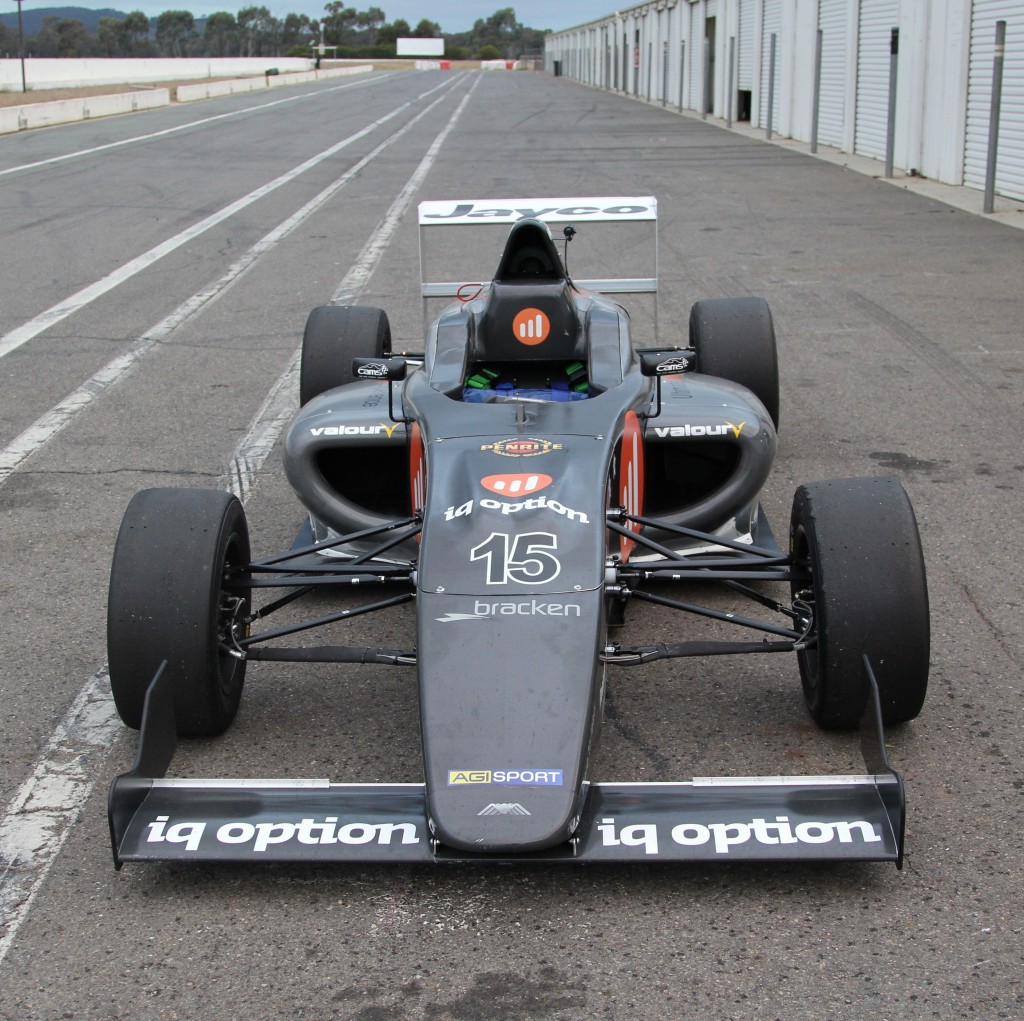 AGI Sport team manager Adam Gotch said his team had plenty of late nights ahead of the test but it was all worth it.

“We had a very productive first test with the brand new Mygale Formula 4 cars. I’ve been involved in a number of new car tests with the major race car manufacturers in Europe and there are always niggling issues to begin with.’

‘We worked through the issues with both Mygale and Walkinshaw Performance throughout the day with some ‘fixes’ being introduced before the Phillip Island Test in two weeks’ time.’

‘Our driver’s tested a number of the allowed optional components such as springs and brake pad compounds. All three drivers covering more than 150km’s of testing each.” 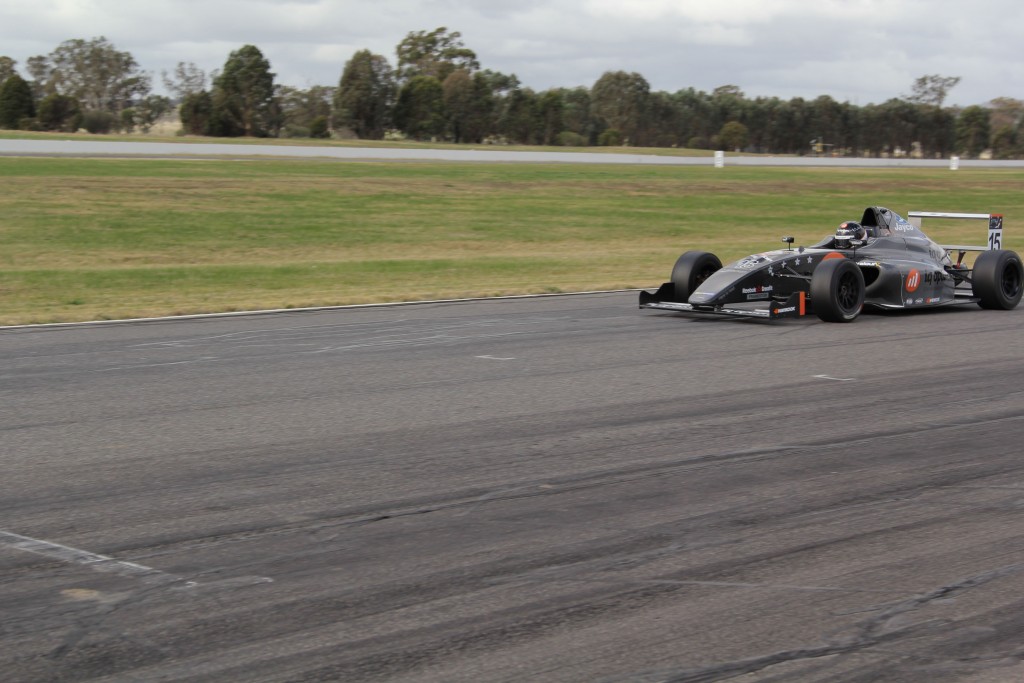 Adam was impressed with how the IQ Option Racing livery design looked on the car.

“The Mygale F4 in the IQ Option colours looked brilliant not only in the garage for the launch but also on the track the following day.” 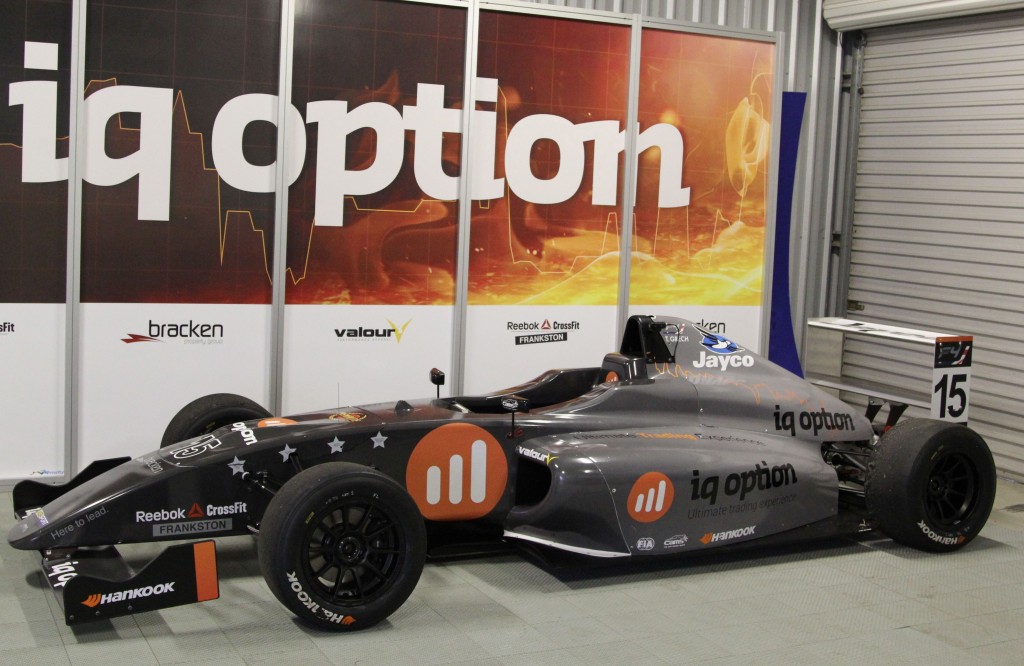 Gotch also revealed there were more drivers taking an interest in the brand new series with the possibility of AGI Sport fielding more than the two cars they have committed to already.

“For the second F4 Test later this month at Phillip Island, we have three drivers scheduled to test for the team. Jimmy Vernon, Tom Grech and young QLD karter Will Brown.’

‘We’re also in discussion with a number of other hopeful drivers for the fourth and final seat with the team.”

Tom Grech was also looking forward to the next test session after getting more comfortable with his dedicated race engineer and mechanic on the car.

“AGI Sport has been fantastic. I’m feeling really at home in the team and the guys are working so hard and putting in huge hours so their commitment is absolutely appreciated”.

The Formula 4 teams will test at Phillip Island and Sydney Motorsport Park before heading into Queensland for the final test at Queensland Raceway. It’s then onto the first round of the CAMS Jayco Australian Formula 4 Championship round at Townsville in July. 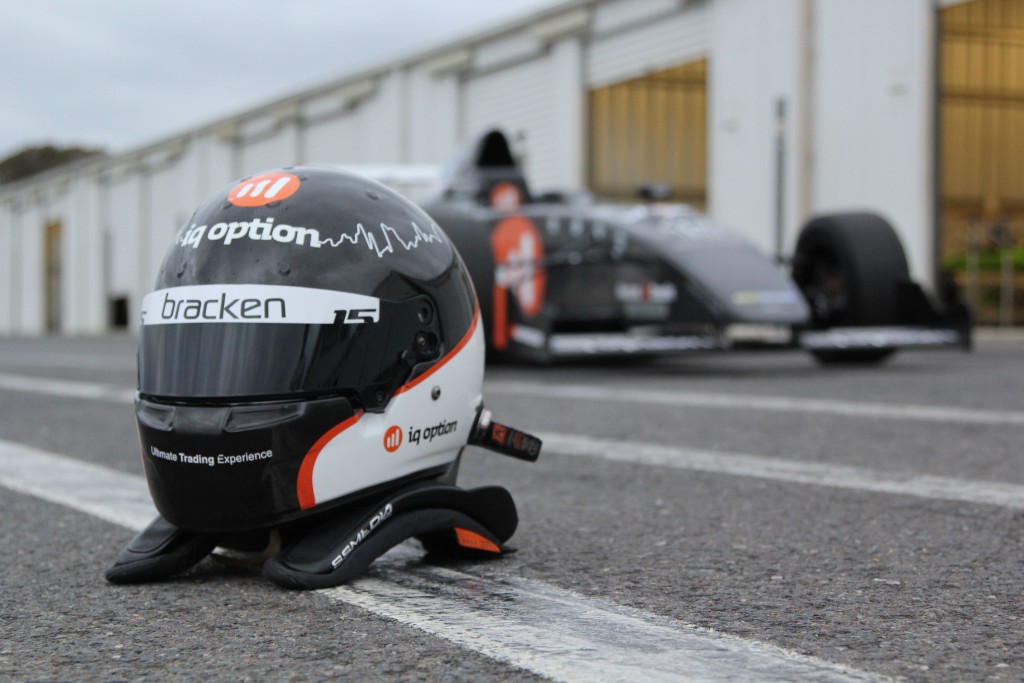