AGI Sport driver Nick Rowe realised his championship dreams in the final round of the CAMS Jayco Australian Formula 4 Championship on the streets of Surfers Paradise.

The Western Australian driver claimed an unassailable points lead in the first race of the weekend with a third place finish after two full seasons in the series and a couple of races in the inaugural championship.

“Can’t thank the boys enough, been a lot of hard work over the past three years and now we are the Champions, looking forward to tonight,” Nick smiled. 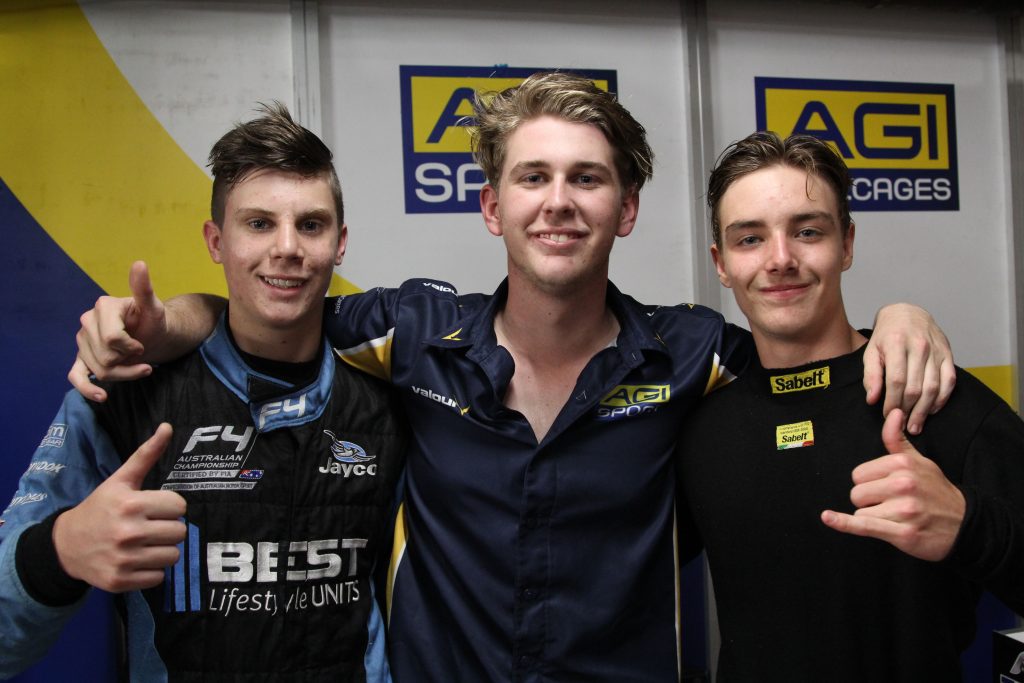 Nick also won the round with a first place in a drenched race two and a hard fought second place in what will be his final race in Formula 4.

The rain had cleared to bright sunshine for the Sunday race and Nick was looking forward to driving without the pressure of championship points.

Saturday pacesetter Simon Fallon and Kiwi driver Liam Lawson weren’t going to make it easy for him though and the pressure was on from the start.

“I’d gone out there to really enjoy it cos the championship is over and got an alright jump had to bomb it into turn one to get past Fallon,” Nick said.

“Put my head and got a bit of a gap and then the safety car of course put them all back together. We didn’t have the best restart, they managed to stick in my tow and then I made a mistake down at turn 12 and lost the rears and that gap closed up a lot,” Nick continued.

“At the Beach Chicane I made another mistake trying to get away from Lawson and then he got past me just. Real good race… almost got him back at turn one on the final lap but he just outbraked me. Awesome race… awesome race,” Nick said. 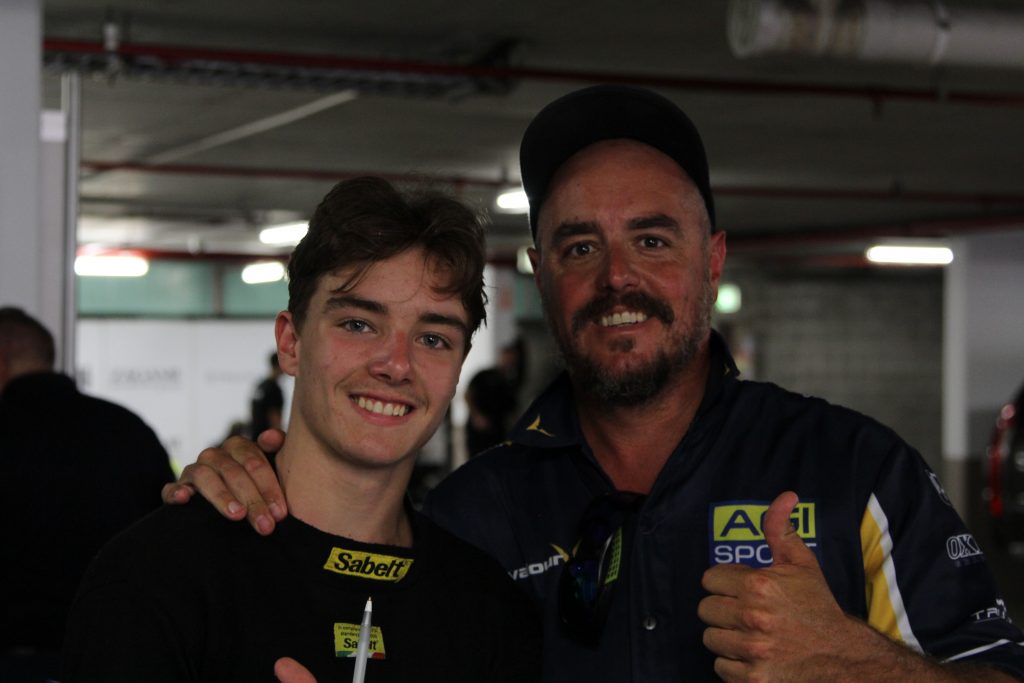 Newcastle driver Sage Murdoch was disappointed after failing to qualify on Friday. The rookie also found the unforgiving street circuit daunting in the wet but enjoyed the experience by the final race.

“It’s a good track, very bumpy and it was hard to find time out there. Found it in the end, fifth quickest I think,” Sage said.

“The street circuit is very greasy, found a wall in the first race, second race kept it clean and I think I finished eighth.”

The young driver was also full of praise for his teammates championship win and his generosity of knowledge. 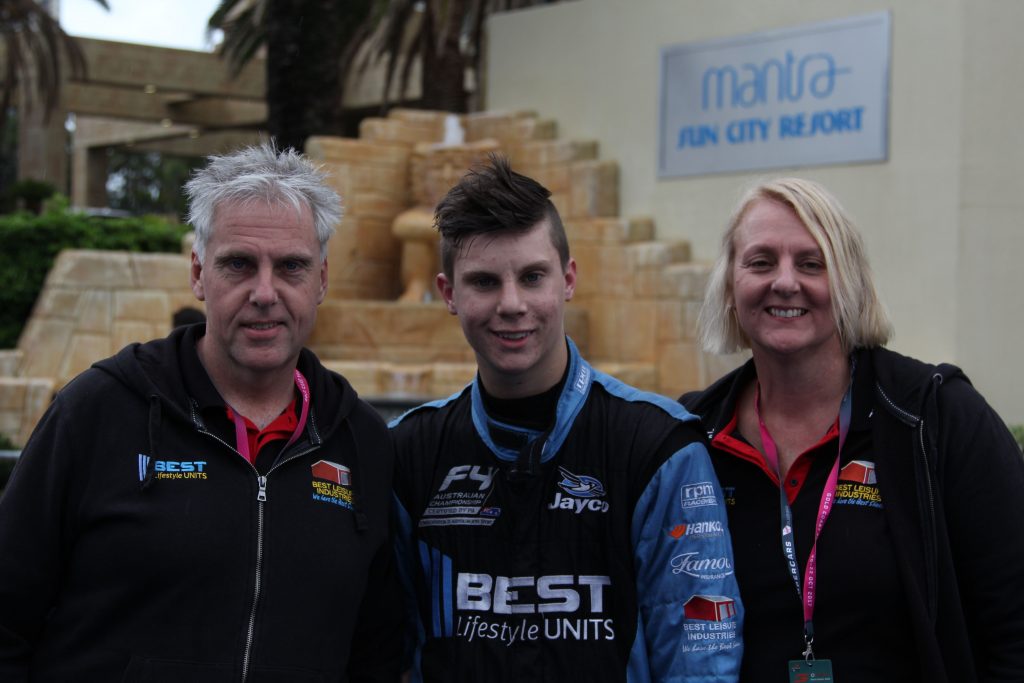 Best Leisure Industries driver Zak Best also found the Surfers streets challenging managing to get inside the top ten for the weekend and the championship.

“Yesterday in the wet we were battling for sixth, seventh and eighth. We ended up sixth in the second wet race and 9th in the first one,” Zak said.

The Benalla-based driver managed to keep off the walls and finish with an unscathed car and he enjoyed the street racing.

“Beach chicane is probably the most challenging part of the street circuit otherwise the track is pretty good,” Zak said. 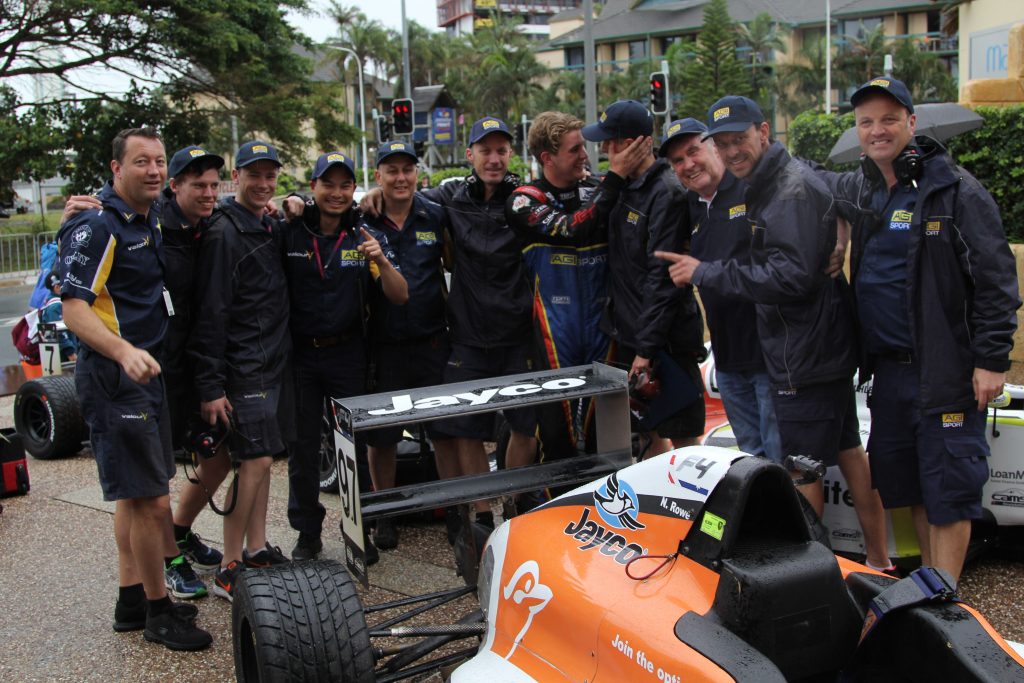 The team finishes up the season with a championship dinner and will immediately start testing 2018 drivers next week.

To hear more about the 2018 championship or to book a test drive please email Team Principal Adam Gotch on adam@agi-group.com.au.